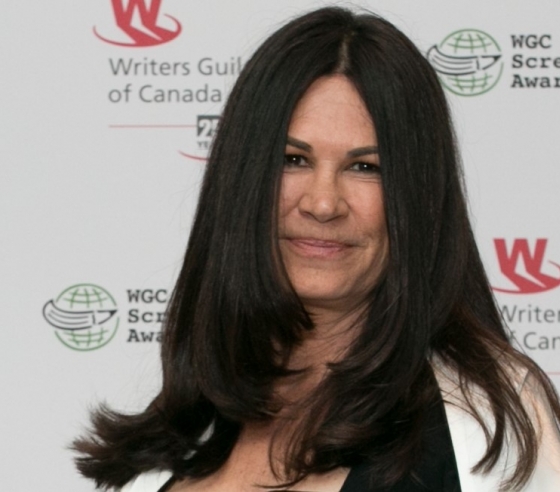 Penny Gummerson is modest when asked to talk about scene writing for Canadian Screenwriter’s new column The Craft. She says, with a laugh, “It’s just that I’m not an expert.” But her impressive track record would have it otherwise — Trickster, Cardinal, The Order, Heartland, Strange Empire, Arctic Air, Blackstone and Moccasin Flats are among her TV writing credits. Not to mention she’s also the 2021 winner of the WGC Screenwriting Award for Drama Series.

What are the necessary elements when it comes to writing a powerful scene?
At this point for me it’s an organic process. But in the early days, I’d follow what the screenwriting books said — that every scene has to have conflict, one character wants something the other one opposes it, that kind of thing. It was great to read those things but kind of painful for me trying to fit every scene into that kind of box. I’m not a technical writer, I try to write from my heart not my head. And I actually don’t think every scene has to have conflict. Some scenes reveal something about the character, some hint at theme. If anything, the big questions I ask myself are: What am I trying to say here? What information am I trying to get across? What is at the heart of the scene?

What kind of scene do you find tough to write?
Well, right now I’m working on something based on the life story of a residential school survivor, an incredible man. I feel very honoured to write his story, but I also feel a huge responsibility to get it right, not just for him, but also for all residential school survivors. How can I speak the truth without retraumatizing survivors? How do I honour the story? How do I tell the story so that audiences will be able to sit through it? I’ve written some pretty intense scenes over the years involving trauma, about things like drug addiction or suicide, but something about it being someone’s real-life story just got me. The beautiful part is that it’s also a story of hope and healing — he comes through it.

What kind of scene do you most like to write?
I love writing character scenes. Especially two-handers where you have an opportunity to really fill the scene with subtext and moments of character an audience can relate to. I come from a playwrighting background, so I love dialogue. But I also was a photo journalist at one point, and love writing visual scenes, especially when the land or the world becomes a character unto itself.

Is there a scene in your 2021 WGC Screenwriting Awards-winning script for Trickster you think may have contributed to its success?
One comes out of a sequence where Wade [the trickster father of teenage boy Jared, also a trickster] leads his son to the lake to kill him. His mother Maggie rushes in to save her son — by shooting an arrow through his heart, since she’s been told only a trickster can kill a trickster. She takes his body to her ex-husband’s, hoping and praying the ancients were right, and pulls the arrow out of his chest. Beat. He comes back to life. As soon as she’s on her own, reality takes hold, how close she was to losing her son. All the pain and grief and fear she’s kept buried in order to survive comes out in that moment.

Do you have any scene-writing advice for newcomers?
For me the thing that distinguishes one writer from another is the voice. Find your voice. Trust in it. Bring it to every scene you write. And read a ton of scripts! I think I’ve learned more from reading scripts than any class I’ve taken. And it’s by doing, right? Writing and writing and rewriting.

*This interview has been condensed and edited.