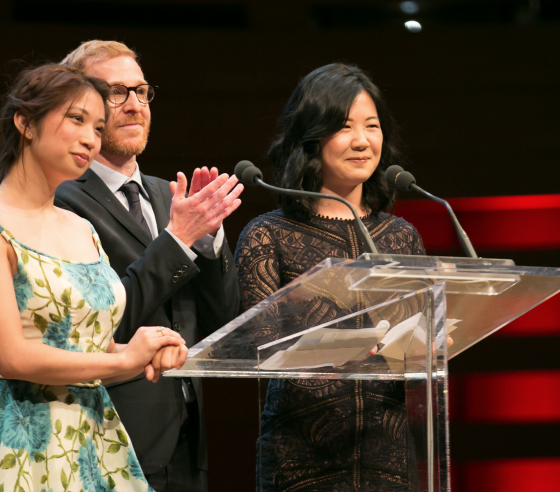 The Writers Guild of Canada represents more than 2,500 professional English-language screenwriters in Canada, creators of entertainment watched around the world. The WGC celebrates and promotes  its members, from hosting the annual WGC Screenwriting Awards and publishing Canadian Screenwriter magazine, to administering contracts and advising producers on how to engage professional screenwriters. The WGC is the voice for Canadian screenwriters.

Guild members are entitled to free membership in the Canadian Screenwriters Collection Society (CSCS), an organization established by the WGC with a distinct mandate to claim, collect, administer and distribute, on a collective basis, foreign authors’ levies to which film and television writers are entitled under the national copyright legislation of certain countries.

The Guild is a dedicated advocate for the profession of screenwriting in Canada. Through appearances at the CRTC and through work with government and industry partners, the WGC advocates for policies and programs that support opportunities for Canadian screenwriters. 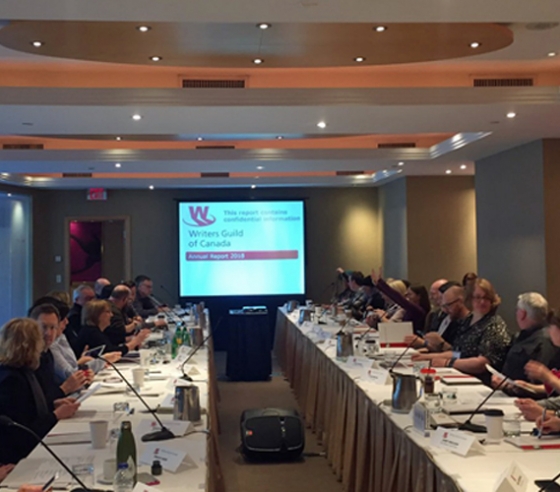 The Guild is governed by a seven-member council of screenwriter members, who set policies and oversee Guild activities. Additional advice and input is received from a fifteen-member national forum, who meet annually with council and staff. Both bodies are composed of Guild members elected for two-year terms from Canada's four regions (Atlantic, Quebec, Central, and Pacific Western). The executive director and staff manage the Guild's day-to-day operations.

Member of the International Affiliation of Writers Guilds

The Guild works with other writers' organizations around the world and is a member of the International Affiliation of Writers Guilds (IAWG), an international body representing guilds of professional screenwriters. The IAWG works to further the cause of screenwriters worldwide by lobbying governments to adopt writer-friendly legislation and through collective action, mutual support, and common representation internationally.