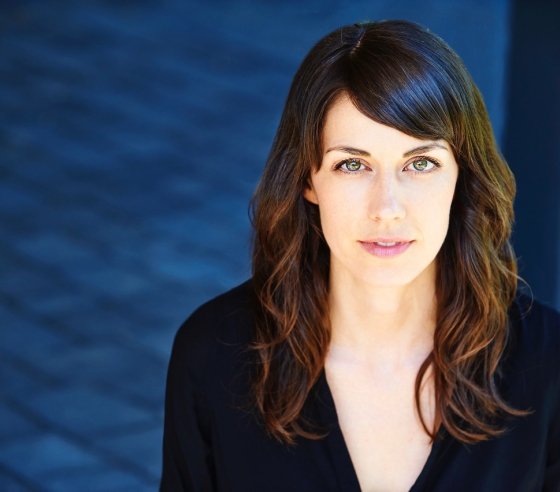 Mika Collins is a triple threat. As a writer, producer and actor, she has mined her unique upbringing to establish herself as a sought-after creative force in the Canadian film and television industry. As a writer on Vagrant Queen, she helped to craft the “fun, feminist space opera” that debuted on Citytv in Canada and on SYFY in the U.S. at the end of March.

How does your background influence your writing?

I grew up in South Africa during Apartheid. It was a violent and tumultuous time, and I witnessed chaos and violence as an everyday part of my childhood. It wasn’t until I was 12 that I came to Canada. So, my childhood really influences my writing. It makes me interested in bigger, socially relevant topics.

What first attracted you to writing?

There was great theatre in South Africa. It was the one place where black and white artists and activists had a voice and worked together. It was harder to censor because they were using analogies and being subversive in clever ways. I saw incredibly provocative and moving theatre there.

What advice would you give to someone who is just starting out as a screenwriter?

What makes you feel like an outsider is often what is going to make your writing stand out. I’m always interested in where people came from. I often think the reason I’m hired is because of my background. You can draw from your weird, strange and unusual background. Even if you think it is a ‘normal’ background, it probably isn’t. It will be interesting if you are willing to tell what’s terrifyingly personal about it.

How do you view sci-fi as a genre in general?

I think sci-fi has always been progressive in terms of social issues and I really appreciate that, but I don’t consider myself a genre writer exclusively. I am brought in as a character writer, so that tends to be what I can contribute. Generally, I feel like we are moving away from overly dark and edgy themes because people are looking for more inspiration and wonder — sci-fi can do anything. I find it to be a very interesting playground, but I also enjoy other genres like medical dramas and comedies. Creating, no matter the genre, is always exciting for me.

How does your acting inform your writing and vice-versa?

My theatre training gave me a focus on the emotion of the story and trying to really feel it. So, I end up writing from an emotional and intuitive place as opposed to a conceptual place. I was a writer first, and acting was something that happened after. Acting can kind of screw you up, but writing keeps me sane.

How would you describe the experience of adapting Vagrant Queen from comic book to TV?

I loved it. I thought it was fantastic to work within an existing universe, especially one that was so vibrant and alive. It was a tight budget and a small room of only two writers plus the showrunner, Jem Garrard — she had a vision that was remarkable. I would describe it as fun feminist space opera. It has a black, queer, female protagonist, as well as a female writing room with female directors. It’s been an amazing experience.