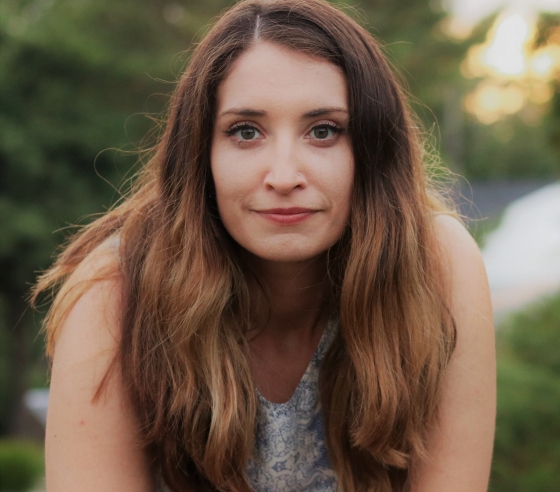 Caitlin Fryers’s TV writer origin story sounds, well, perfectly scripted. She seemingly went from earning a Masters of Fine Arts in Screenwriting to winning the Sir Peter Ustinov Television Scriptwriting Award, right to landing an agent and a regular gig — season one of Wynonna Earp, no less. Of course, that story leaves out the hard work, sharp instincts, talent and decency that accompanied it. She was also received the only double nomination at this year’s WGC Screenwriting Awards, for her movie of the week script, No One Would Tell, and for her script for Wynonna Earp ep “When You Call My Name” in the Drama Series category.

Your path to becoming a screenwriter sounds like it followed an unusually straight line from MFA to writers’ room.
It was a domino effect. I know it sounds like it happened really easily for me, but it didn’t. I started as a story coordinator with Wynonna. Emily [Andras, the showrunner] knows how to develop new writers. She gave me scenes to write, to test whether I could write in the voice of the show, and the more I proved myself, the more she gave me.

How important has mentorship been to your career?
Writing is a lonely endeavour, especially when you’re starting out and don’t have a writers’ room to fall back on for encouragement. Finding someone who can encourage you and use whatever connections they have to support you is everything. I exited the MFA program with no idea how to get my foot in the door. But I did have a connection to Becky Schechter. She was the first person in Toronto to say, “Let me introduce you to producers.” This business is all about relationships and being someone who is fun to be around, who is supportive and kind and other people want to work with. It’s especially important for women that whenever we see an opportunity to lift up another woman, we do. That’s how we change the industry and get more women in positions where they can hire others.

What’s the best advice you’ve gotten as a screenwriter?
Not to chase the market. For the Ustinov application, I started to write what I thought would be a marketable script and it was like pulling teeth. I kept thinking what I really want to write is a period drama that probably no one will ever be able to make. That was the script that won.

What are some of the most important attributes to bring to a writers’ room?
Knowing when to listen. As a young writer, you feel the need to prove yourself to the people in the room and also to yourself. We have these voices telling us we don’t deserve to be where we are. Knowing when to think and when to pitch like crazy is something you have to learn. Also learning to trust the process. Sometimes you have a great day where the story seems to be breaking itself, and then you have days where it’s … not. You’re a team. One person doesn’t have to solve every problem.

How has the delay surrounding the fourth season of  Wynonna Earp affected you?
This business is hard. It feels like it’s feast or famine. One second, you’re working on a show, and then you have six months off and you have to learn to manage your mental health, how to keep your creative brain working and not get so discouraged that you can’t keep working on other opportunities.